Posted on Jan 24, 2014 in ART, Art Markets, ARTISTS, Awards and Prizes, Contemporary and modern art from the Korean world

Just out of its first cycle, wherein it disbursed GBP 5,000* in awards to artists and photographers, the Art Gemini Prize 2013, announced in January 2014, demonstrates there really is no limit to opportunities for discovering, or rediscovering, new creative talent, writes SAJID RIZVI.

The rediscovery, where an incentive such as the Art Gemini Prize acts as a conduit or facilitator, occurs when an artist spotted in a previous outing returns with a fuller and wider audience recognition. A talent that may have been bypassed or witnessed fleetingly in an earlier setting, such as a group show, or a private view for the work of one or several artists. This certainly was the experience of some of those who attended a previous London showing of Song Nyeo Lyoo, the German resident of Korean ancestry who was handed the GBP 2,000 Painting Prize by common consent of the judges on the Art Gemini Selection Committee. Lyoo was picked out of 744 countries from 33 countries.

We were drawn to Lyoo’s work when in 2011 it first appeared in  the cosy slim-fit ambience of Mokspace, an adventurous little venue opposite the British Museum south entrance that can be credited with breaking new ground, on the basis mainly of an astounding diversity and range of new work and new ideas it has brought to London’s eclectic audiences.

Working with a dynamic and somewhat transient and upwardly mobile curatorial crowd, Mokspace has insinuated itself into London’s gallery scene with a mixture of enterprise and derring-do, experimenting with ideas and images that initially were drawn mainly from (South) Korea but increasingly appear to have become diverse, with a wider geographical appeal.

Other artists who ‘came up’ during the Art Gemini Prize shortlisting, and finally the winning list, also brought with them impressive CVs, histories of shows in other spheres, other communities and other art worlds, where they had shown works to different audiences. Fore sure, London’s gain isn’t those other artistic centres’ loss. The new prize founded by art entrepreneur Jimmy Lek can be seen as a magnet for art hitherto not known to many audiences but also as bridge between the prize and the many universes it hopes to explore and enfold.

No prize selection committee can escape the stigma of subjectivity, and this prize giving wasn’t an exception. But, like artists, the judges are nothing if not opinionated and, as with Rubik’s Cube, variations on any ‘final’ selection can be virtually endless. The final selection in this prize, however, appears to have been judicious, notwithstanding the ‘shock’ element of Song-Nyeo Lyoo’s work, in recognition of its beauty, power and technical finesse. The prize results on the whole have reflected well the piquant contemporaneity of other entries in both Painting and Photography.

Lyoo’s Haus #06, ink, colour and gold powder on rice paper, is an accomplished piece, loaded with innuendo and metaphor, and not without an element of mischief and outrage. With exemplary technical finesse the Korean artist, a native of Busan, delivers a telling if uncomfortable narrative redolent of unmistakably Buddhist symbolism but in essence a commentary on contemporary life, its outpourings of aspiration, despair and desire.

The ‘paradise’ thus spread out on the virtual landscape in its resplendent though convoluted beauty, with all the wherewithal of devotional Buddhist painting, is somewhat tongue-in-cheek, inviting the viewer to follow the aperitif of discomfiture and shock with a well-chewed repast of reality and retrospection. It’s easy to see that Song-Nyeo Lyoo’s distinctive conversation with her audience has only just begun.

Arrayed beside Lyoo’s potent amalgam, Rene Gonzalez‘s Painter’s Studio, which won the GBP 1,000 Second Prize in Painting, offers a world of everyday chaos, dystopian mayhem and feral lifestyles, a juxtaposition of present peril and potent or potential pleasures. Painter’s Studio thus offers the viewer enticing possibilities of glimpsing mock creative abandon alongside dark or good-humoured satire, all complemented by a chromatic schema of sickly greens and medicinal watery blues, disrupted by multicoloured dribbles indicative of discordant moods. The romping cats of the foreground, not your everyday moggies on expensive tinned food, suggest a world with the rule of law in short supply, which may well be the case, as some of the symbolism nods to the infamous favelas of Brazil and street children almost everywhere. Is the tramp-like figure in hat standing in for the human race? One can only watch and wonder. 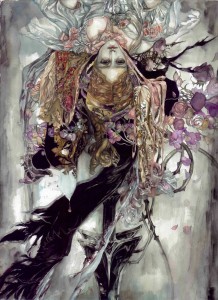 East Asia’s painterly tradition, happily not yet sacrificed to the demonic tyrannies of self-important tutors in the West’s art schools, was in evidence in a painstakingly perfect watercolour with the provocative title, Indulge Me, by Jingxuan Hu, which won High Commendation but could easily have captured the hearts of judges and walked off with greater accolades.

In this small but deeply evocative painting, Hu exploits to the hilt the privileged duality of her East Asian background, its hardwired artistic tradition topped up with further western training, delivering her inspiring imagery and its richly mysterious storytelling with aesthetic panache. Hu describes herself as a graphic painter and a graphic novel artist, a verbal ‘selfie’ of several disciplines coming together to what surely must be a deeply satisfying outcome 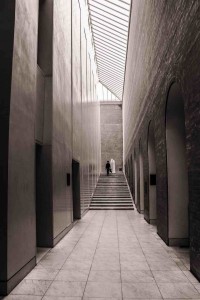 All three winners in Photography compared well with other examples of recent recognition awarded to practitioners of the medium elsewhere. Chiara Gerevasi‘s C-type Uno, which received the First Prize in Photography,draws the viewer into its allusive quasive-labyrinthine mysteries and spatial serenity. Although relatively small in size, Uno easily will lend itself to larger formats. 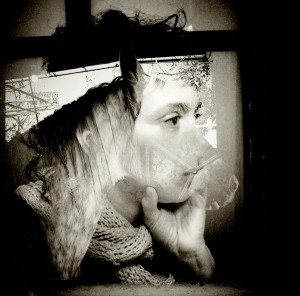 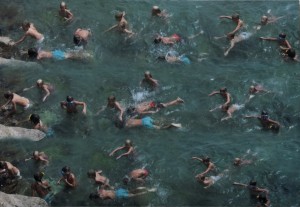 The Second Prize for Photography was awarded to Israel’s Orit Zuckerman for Untitled, 2013, a beguiling image, digital print on board, that draws the viewer into a cleverly crafted surrealistic assemblage of feature and form. Highly Commended in the category was David Gould, who accomplishes an uncannily believable three-dimensional effect on swimmers in Melee, a digital print on board.

The judges’ panel was chaired by Sajid Rizvi, Founding Editor of Eastern Art Report / EAPGroup International Media; gallerist Rebecca Hossack, who provided the venue for the finalists’ exhibition (23 January-7 February 2014) and Vanessa Champion, art photographer and writer behind creative agency Dragonfly Communications. There was much synergy in evidence between the Prize’s purpose and Rebecca Hossack’s several venues in London and New York, which have brought attention to Australian Aboriginal art, Asian art and contemporary art from Oceania, Europe and the Americas.