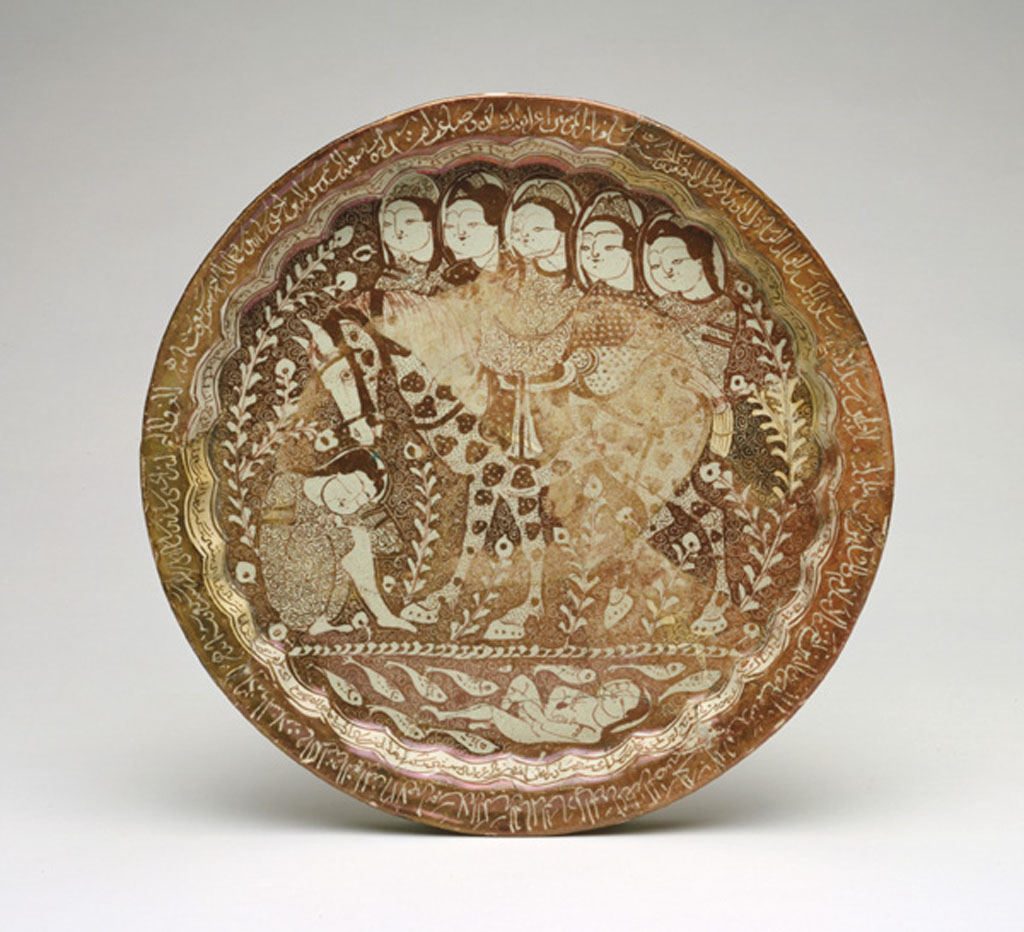 An early 13th century Iranian ceramic plate that has been the focus of speculation over the years by academics far and wide is one of the highlights of The Hadassah and Daniel Khalili Memorial Lecture in Islamic Art and Culture on 3 December 2014.

Art collector and philanthropist Professor Nasser David Khalili, a major supporter of various academic and community projects at the University of London and other universities in Britain and abroad, set up The Hadassah and Daniel Khalili Memorial Lecture in Islamic Art and Culture in homage to his family. 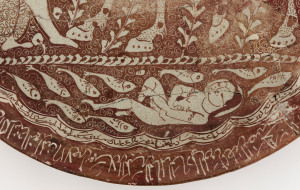 The lustreware ceramic highlighted in SOAS publicity for the memorial lecture is widely believed to be a Saljuq Iranian plate dated December 1210 and currently in the collection of the Freer Gallery of Art, Smithsonian Institution, Washington DC. The stone-paste dish has been the subject of much scholarly speculation and conjecture over the years before the gallery bought it in 1941. Repaired and put together over the years, the plate changed hands several times and once was part of the collection of Merseyside Greek businessman George Aristides Eumorfopoulos (1863-1939). A previous Greek economic depression, precursor to the current eurozone crisis, forced Liverpudlian Eumorfopoulos to disperse his art and books, the plate ending up in New York, where it was acquired by Freer from H Kevorkian.

Described in early western accounts as a scene with a naked youth, even possibly a tryst with a princess and in some interpretations associated with Alexander, the plate’s iconography in recent research has attracted more profound and spiritual elaboration. A 1998 description by Freer Gallery curator Massumeh Farhad described the plate’s illustration as one of the most complex compositions on any known Persian lustreware.

After years of conflicting and at times implausible interpretations, the composition on the plate is now read as a mystical allegory of the quest for the Divine. In such an allegorical interpretation, Farhad opines, the youth in the water represents the mystic who yearns to transcend the material world, symbolised by the horse.

The youth’s goal is to attain a vision of divine beauty (ie, union with God), signified here by the naked woman floating in the fishpond. “It is the only known extant plate with such an unusual and spiritually inspired iconography,” Farhad’s description says.

Water in Middle Eastern iconography is often associated with God while fish denotes a mystic link. Together the fish and water symbolise a mystic union with God.

Shamsuddin al-Hasani Abu Zayd, to whom the plate is ascribed, was an accomplished potter of early thirteenth century Iran.