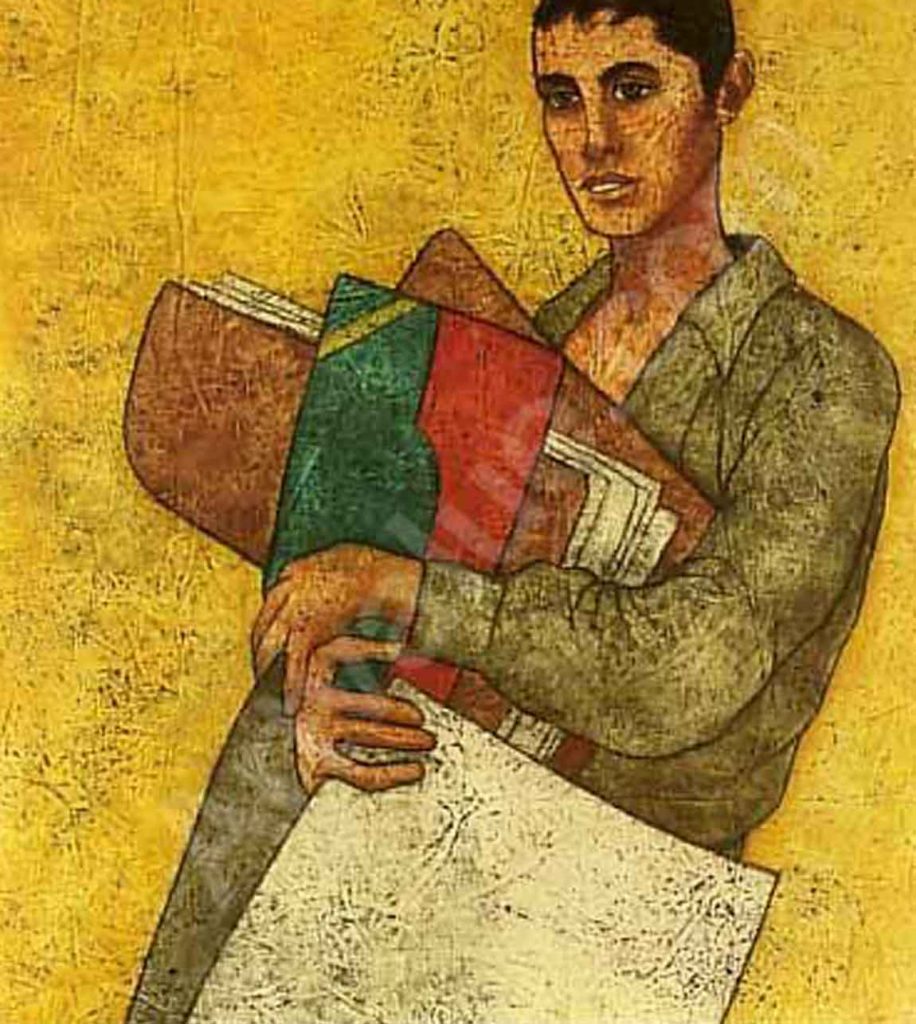 Art auctioneer Sotheby’s feature sale of Arts of the Islamic World in London (3 May 3, 2001) included its first international auction devoted to 20th century Middle Eastern Paintings, a response to growing interest in contemporary art from the Arab, Iranian and Turkish worlds from both individuals and institutional native collectors as well as collectors from affluent diasporic communities.

The 41 pictures sold in the auction raised a total of GBP 344,560, which Sotheby’s spokesperson Amanda Stucklin said exceeded pre-sale expectations.

A Sotheby’s agent in charge of the sale, Mehreen Rizvi, said the firm was “delighted” with the buyers’ response.  “Its success has proved that 20th century Middle Eastern paintings have a discerning, dedicated following of international collectors.”

The sale included works by artists from Egypt, Iraq, Lebanon, Syria and Turkey. At the core of the sale was a group of paintings assembled over three decades by Riad El Rayyes, for many years a London-based Lebanese media person, bookseller and publisher. Among the family’s offerings were many of the most famous Arab artists of the 20th century.

[In an afterword on the sale, EAR editor Sajid Rizvi wrote 30 September 2011: The sale was one of the highlights of a nascent MENA art season in London, one which had thrived on the waves of art buying in the wake of the oil boom from the 1970s, but which was put in jeopardy by the United Sates-led invasion of Iraq in March 2003. In the event, however, the turmoil in the Middle East, which produced mass migrations, created its own dynamic, a niche in art collecting, driven by a transfer of large assets to Europe and North America and the pull of nostalgia. It was an ironical twist that was to produce an unprecedented upsurge in MENA art markets.]

Another work by Louai Kayyali , The Dama Player, was also among the top lots when it sold for GBP25,800.

Paintings by the Turkish born artist, the late Princess Fahrelnissa Zeid (1901-1991), one of the most internationally celebrated women artists of the region, who enjoyed a long and distinguished career spanning more than 60 years, were also included in the sale. Her painting, The Fight of the Moon and the Astronaut (1968) attracted considerable attention and sold for GBP 17,750.