Posted on Mar 23, 1994 in ARTISTS, Contemporary and modern art from Japan and Japanese communities 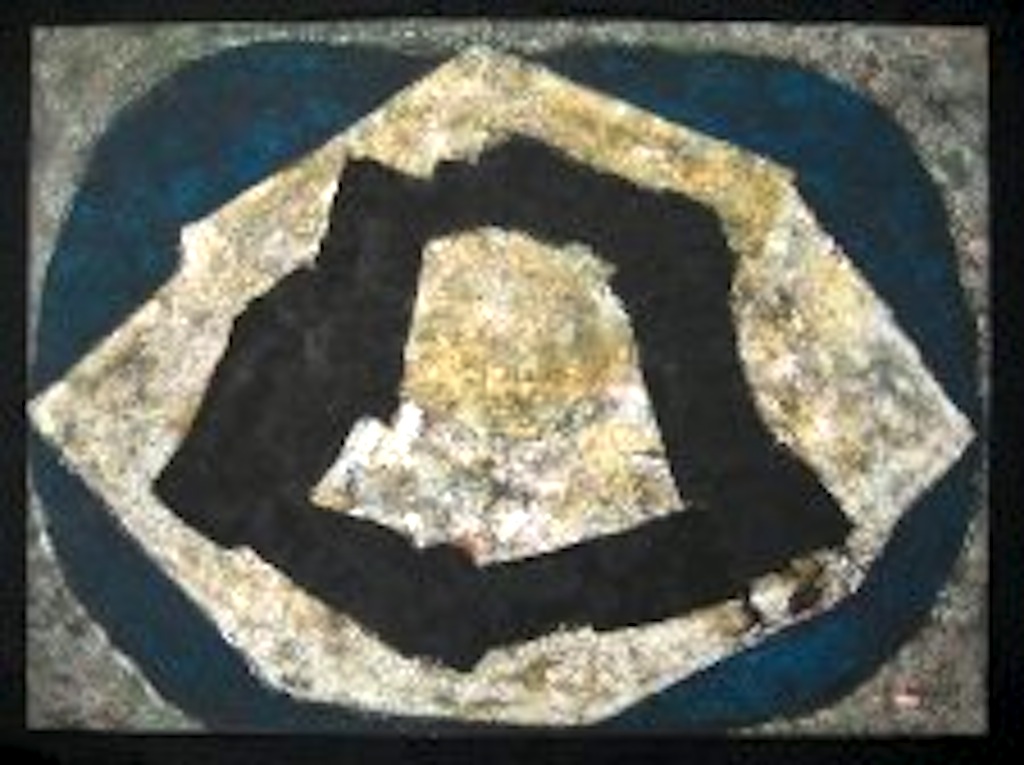 In 1993 the British Museum organised a solo exhibition of works by Kenji Yoshida in the newly refurbished Japanese Galleries,  the first living artist to be exhibited in that prestigious space. At the opening, Kenji Yoshida 吉田堅治 spoke to Eastern Art Report Editor Sajid Rizvi through an interpreter. Below are edited excerpts from that interview:

Sajid Rizvi. What do you think of the current exhibition—are you happy with it?

Kenji Yoshida. I am very happy with it.

SR. Does it represent you in your art as you are?

KY. I feel that they have presented all the work; that is what I feel at the moment.

SR. You have lived outside Japan for so long that it is almost impossible to say whether you are a European artist or a Japanese artist. How do you feel?

KY. I feel that I am Yoshida. Not European nor Japanese. Nationality comes after the person himself.

SR. Do you see your art having an impact on other artists in Europe?

KY. I don’t myself see it that way, but through my art I can communicate with many different people as a result of what I do.

SR. An artist usually—usually!— draws his/her inspiration from his environment or his/her imagination. What, in your view, are the strongest elements that inspire your art?

KY. I take inspiration from my life, my living. It does not matter where I am. I consider God the most important thing, La vie, the life, as in the title of my exhibition.

SR. Do you see God as the embodiment of life on earth?

SR. Does God appear to you in a particular image?

KY. I feel that nobody can deny or reject God, who is absolute.

SR. In your art, are there any images that you associate with God?

KY. God is in everyone’s body. He is life.

SR. The concept of God has been hijacked by many religions. Every religion has its own concept of God while, as you say, God is universal. Do you associate your God with any particular written concepts?

KY. I feel that there are various Gods, but these are all created by human beings. What I think of God is not something that the human beings have created. The human being is living in a very limited world, but God lives in an unlimited world.

SR. As we move towards the end of the century, we find that technology, without most technologists intending to do so, is bringing us towards God. Because, it is said, we are beginning to understand the nature of God more and more through science. Before, science and religion were in conflict, but now, it is said, they are coming closer because technology is coming closer to the concept of God: the fact that there is a superior being which controls or runs things. But in the world of art, this is not a very fashionable view. You are saying something that not a lot of artists would have the courage to say, because today a lot of artists feel that if they want to appear fashionable or avant garde, they have to appear totally irreverent of everything, including God.

SR. It is said that if you want to dive very deep, you must jump from very high.

KY. There’s a limit to human thinking, and we must accept that God’s ideas are more powerful. No human being can be in the same position as God, and we must praise Him.

SR. In your concept of God, through the art that you create, you use abstraction. Is your abstraction following the traditional abstraction, or is it influenced by your immediate surroundings, or is it a mixture of the two?

KY. I think it is classical because I think about the long history of my ancestors, but it is also the moment of living. To think about the present you must also look at the past. In a way the works I am presenting here are not me, because I feel that when it comes to the point when it is no longer my painting, then it becomes God’s.

SR. Assuming that life travels through time, do you feel that the creativity of life is not bound by physicality; it travels with the spirit.

SR. So what you are creating now has elements from your previous lives, so to speak, and then whoever comes after you would have elements of your life after you have gone?

KY. It’s not only me, it’s you, it’s everybody. Because it’s not me personally, but God who is doing this.

SR. In this case, what you are creating now—is this in celebration of life, or is it your duty, or is it a kind of legacy that you’re leaving for the future generations?

KY. I don’t think it’s a legacy. My work is always connected with God and if I’m not as serious, then nothing works because it’s punishment, in a way, from God. It’s sometimes very hard when I always have to think in terms of God as an alert Being who is always watching. Not just in work, but when I’m talking, eating etc.

SR. And are you happy with this, this milieu, this evening, this opening night?

SR. What is your next project?

KY. I want to look at myself in a much wider world, in order to get closer to God, even though this is impossible. When I die, maybe God will take me! I feel that the most important thing at the moment is for each individual to think not only of himself, which is a tendency, but also at others, who are also individuals. I feel that there are too many cases when someone has a very different idea that people will be very critical.

SR. Is it not true that this same kind of intolerance also exists in art?

KY. Yes. There are many artists who think in that way. I feel that God is always in the background and that I am cautiously being led. We should pray when we look at things, and I pray when I create things. [Interpreter explains that Yoshida said something dismissive about people who don’t pray]. This is not praying in order to ask for something or to ask for help, but in order to know what God is giving. The prayer should be just for thanks or when we do something wrong.

KY. Ancient peoples understood more about this. I hope that people will find it easier to understand my work through the things that I have said today.

KY. I would like people to come and see my paintings not only because they appreciate the style, or whatever—what I term superficial appreciation—but that they will think about my life, and their lives and to relate these thoughts to the paintings. I feel that I am not doing the right thing by God at the moment, because I am bringing His gifts into the conversation, and trying to explain Him.

KY. Yes. It is more important than to talk about other things.

SR. Now you reside in Paris. Would you live in Japan, do you think?

KY. No. Because I am Japanese. If I lived in Japan I wouldn’t even think about being Japanese. If you stay in London or Paris, you always feel as if you are surrounded by foreigners, you’re constantly aware of the fact that you’re Japanese.

SR. Do you think that Europe is closer to God than Japan?

KY. God is everywhere. (Repeats this assertion and philosophy many times).

SR. We could talk for hours, I hope we can meet again and talk a bit more.

KY. I’ve enjoyed it. Thank you.