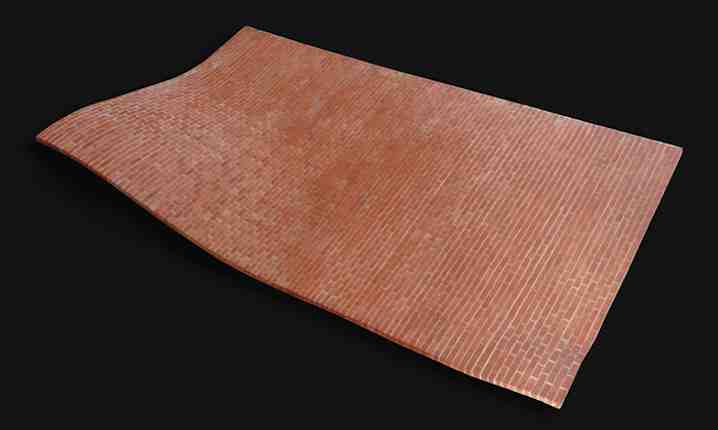 Noor Ali Chagani is off to New York, on his flying carpet, his latest terracotta construction which features in a group exhibition of artists mainly from South Asia  (23 October – 10 December 2014).

Bricks are a recurrent means of expression in Chagani’s vocabulary. In this show he explores, alongside the impossibly airunworthy flying carpet, walls made of terracotta bricks that Chagani sees as dividing, obscuring and preserving — splitting spaces, obfuscating or reinterpreting lines of vision and visibility and preserving privacy and sanctity of home and other spaces.

The resulting vision, until one experiences the tactile accessibility of the artwork, can often feel or seem surreal, playfully challenging the way it is received by the viewer. 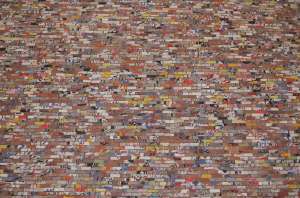 Another work in the exhibition, Hanging Rug, is a composition of what appear to be ‘found’ bricks bearing vestiges of graffiti or wall advertising, which is held together by metal wires. The result, 73.66cm high, 100.22cm wide and 1.27cm, comes across as a collage. Rather than use found or used bricks, Chaghani built miniature walls in the manner of walls that are often subject to advertising or graffiti. Then he did graffiti on each of them and broke the walls to create the illusion of a work created from used materials, Chagani told us in an email communication. He says he created 15 miniature walls in all to accomplish the project.