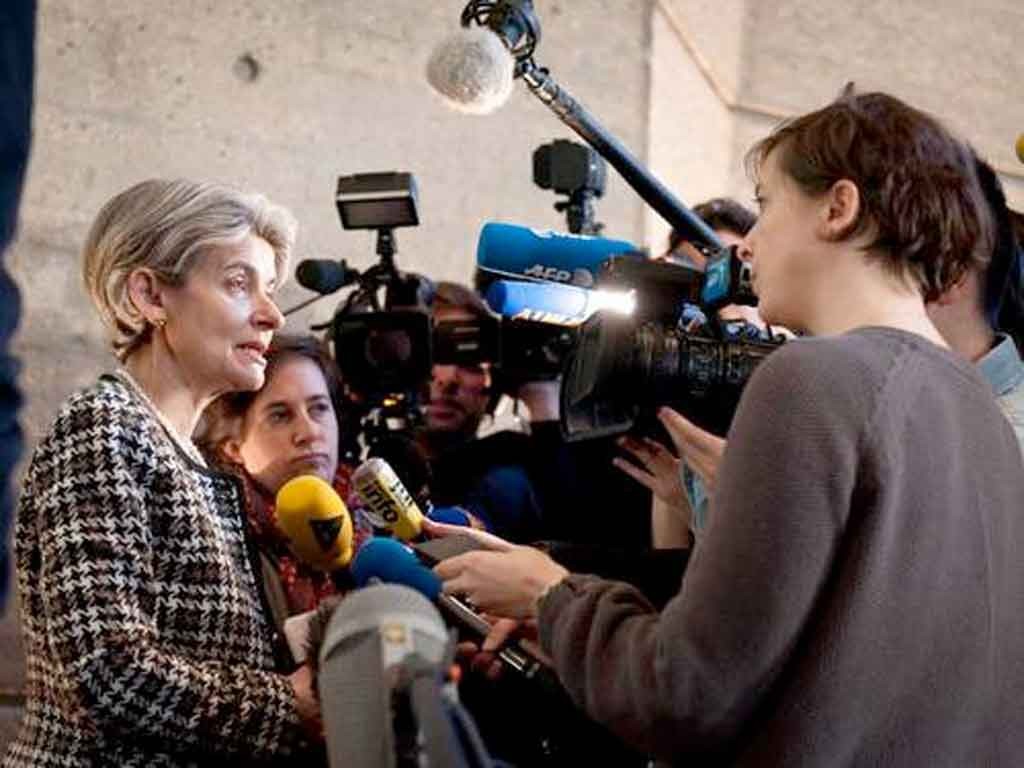 UNESCO’s press conference in Paris 27 February 2015 after ISIL’s destruction of the Mosul Museum and other sites in Iraq was a sobering event, wherein Secretary General Irina Bokova outlined how international organisations such as UNESCO are powerless when faced with what she called ‘cultural cleansing’ in the embattled country.

The story in neighbouring Syria is similar. UNESCO now wants the International Criminal Court involved to try and bring ISIL to account. Analysts remain skeptical about the efficacy of any strategy aimed at controlling ISIL in Iraq, Syria or elsewhere.

“This tragedy is far from being simply a cultural issue, it is a major security issue,”  Irina Bokova said. “And we can see that the terrorists are using the destruction of heritage in a terror strategy to destabilise and manipulate the population and ensure their domination.”

“They want to show that it’s a ‘tabula rasa’, nothing exists before them, it doesn’t matter, there is no culture, there is no history, there is no anything else that existed before, it’s intended then to show it in such a vivid manner, such an appalling, I would say, shocking manner, is precisely (that) they want to create deep divisions,” Bokova said.

“I know that there is not much that we can do in order to go there on the site. Unesco doesn’t have an army, Unesco doesn’t have blue helmets or anything else, we are more into working closely with those parts of the United Nations, those units who have this possibility of adopting, integrating them into some of the security responses,” she said.

“We are expecting some reaction from the International Criminal Court, it’s very important because it will mobilize a big part of the international community,” Bokova said, adding UNESCO has also demanded an emergency meeting of the UN Security Council as part of an international response to ISIL’s “cultural cleansing.”

Under the Rome Statute of the International Criminal Court, the deliberate destruction of cultural heritage is a war crime.  The director-general has alerted the Court through its prosecutor, Fatou Bensouda, and encouraged her to open an investigation.

As to trafficking in illicit cultural property, which is said to directly finance terrorism in Iraq and Syria, Bokova announced that UNESCO will launch a coalition of partners to stop this illegal trade.  She has contacted the World Customs Organization, Interpol, the International Council of Museums (ICOM), the International Council on Monuments and Sites (ICOMOS) as well as countries bordering Syria and Iraq and will soon convene a meeting to move forward with this initiative.