Posted on Nov 22, 2014 in Contemporary and modern art from the Chinese world and Chinese communities 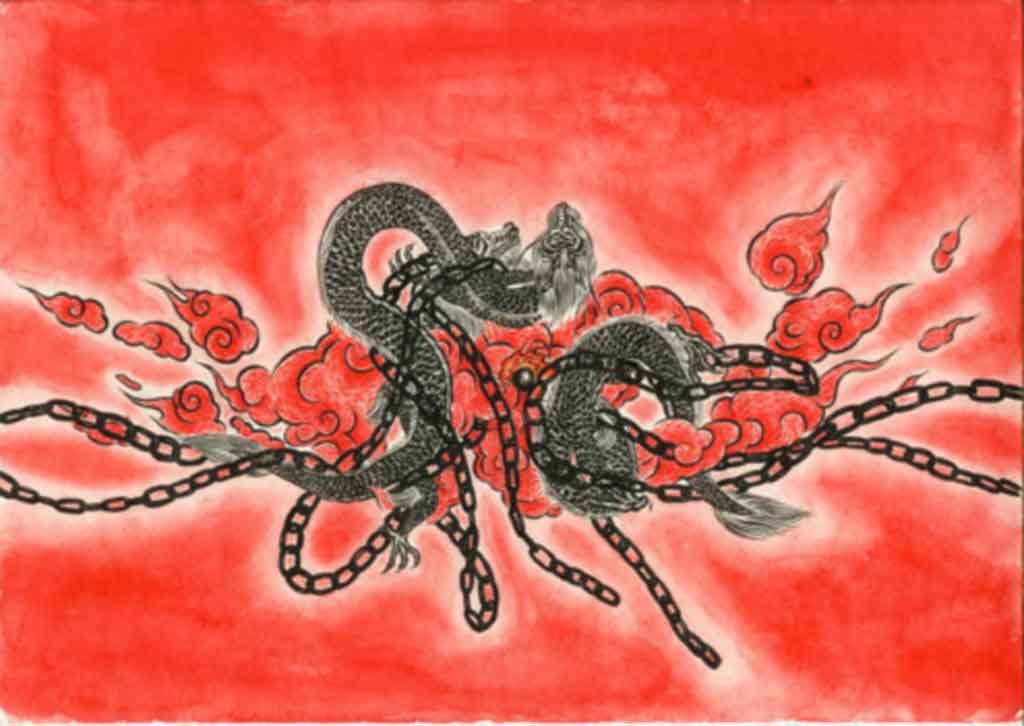 Animation works by Sun Xun 孫遜, reputedly one of China’s most prominent young animators, are the focus of an exhibition 18 December 2014 – 22 March 2015 at Manchester’s Centre for Chinese Contemporary Art.
The exhibition, Stately Shadows, will mark the UK premiere of Sun Xun’s latest work, What happened in the year of the dragon (2014).

“We are thrilled to be curating a collection of Sun Xun’s film work,” CFCCA curator Ying Tan said. “He is one of the most talented and prescient animators around at this moment and his animations are beautifully haunting. Sun Xun uses traditional mediums to create work that really taps into a contemporary consciousness.”

A selection of Sun Xun’s earlier works in the show include Coal Spell, inspired by the old yuan RMB banknote, and an account of the rise and fall of Fuxin, a coal mining city in northeastern China. Echoes of Manchester in its industrial heyday of the 19th century are “immediately palpable” in this and other works that form part of the exhibition and include Chinese Words (2005), Requiem (2007), Shock of Time (2006), Magician Party and Dead Crow (2013).

Sun Xun is recognised for his black and white animation films depicting time and world history while revealing a critical and political awareness of China. Following a successful show of his work at the Hayward Gallery Project Space in January 2014, this is “a much anticipated in-depth look at both earlier works and newly commissioned pieces,” CFCCA says.Showing for the first time in the UK, What happened in the year of the dragon was created for an exhibition entitled Brave New World at Edouard Malingue Gallery, Hong Kong, earlier in 2014 as a contemporary response to Aldous Huxley’s novel, written in 1931 and published the following year.
Centre for Chinese Contemporary Art (CFCCA), formerly Chinese Arts Centre, Market Buildings, Thomas Street, Northern Quarter, Manchester, M4 1EU. T +44(0)161 832 7271