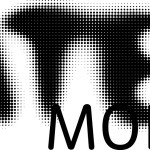 Tate today (5 January 2015) announced the four shortlisted entries for the annual IK Prize. This is the second year of the prize which is supported by the Porter Foundation. The Prize is presented by Tate to a team, company or individual for an original idea that uses the power of digital to enhance the way people experience art.  The shortlisted proposals are:
•    Artzoom for Digital Re-Sculpt, which uses 3-D printing technology to enable replicas of famous sculptures to be exhibited in the street
•    Wieden+Kennedy for Tate Here, a series of immersive audio experiences installed around the country at locations that themselves inspired well known artworks
•    Flying Object for Tate Sensorium, an installation of sensory stimulators which will allow users to smell, taste, touch and hear works of art
•    Five10Twelve for My Tate Mate, a mobile app that uses complex algorithms to match snapshots with artworks

Four short films in which the finalists explain their ideas will be on display at Tate Britain and online at www.tate.org.uk/ikprize

Chris Milk, IK Prize 2015 judge, said, “Digital technology as a tool is so expansive, so full of possibilities, I find it exciting that museums like Tate are seeking to inspire the public in interesting yet unconventional ways”.  Nicholas Serota, Director of Tate, said, “The wealth of creativity shown by people working in the dynamic and fast-changing digital space is an inspiration. It is right that we celebrate in this way the new ways of thinking about how to illuminate the collection for our audiences”.

The IK Prize is named in memory of the philanthropist Irene Kreitman. The four entries shortlisted will be showcased at Tate Britain with the winner receiving a prize of GBP10,000 and a GBP60,000 production budget to turn their idea into a reality. The winning project will be shown at Tate Britain later in the summer.