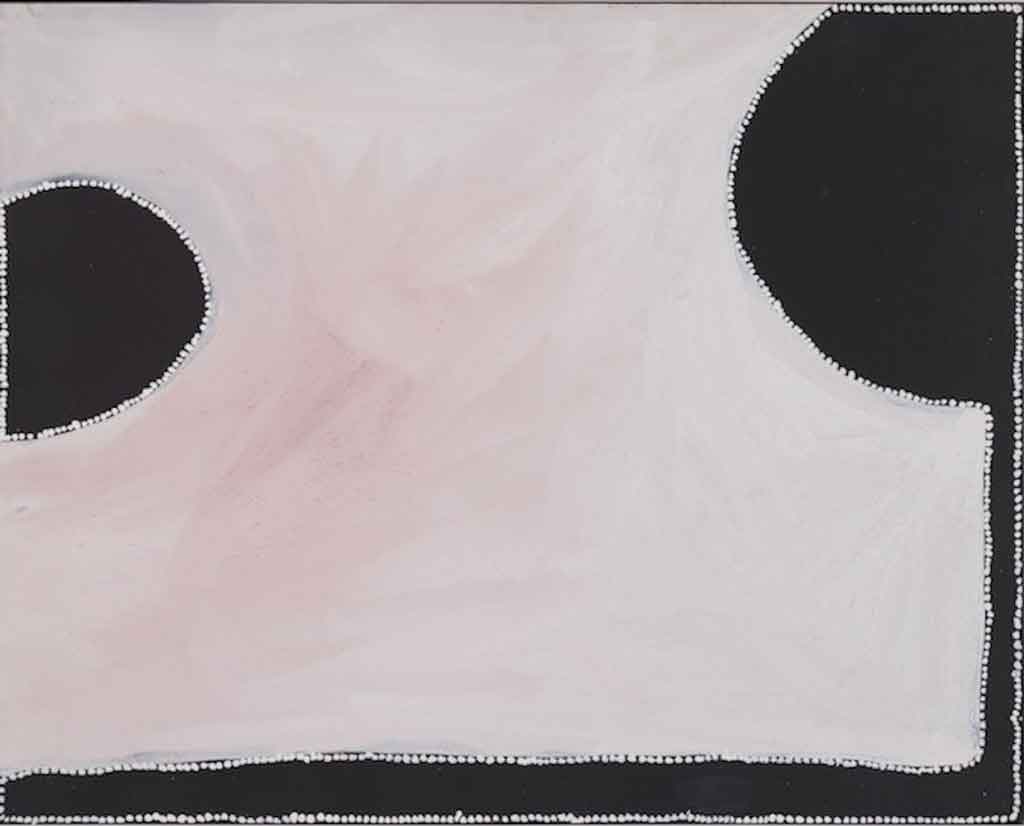 No Boundaries: Aboriginal Australian Contemporary Abstract Painting, a major exhibition of nine contemporary Aboriginal Australian artists will travel to five major museums around the United States in 2015–16. The artists represented in No Boundaries were inspired by their ancient cultural traditions and are credited with forging one of the most dynamic painting movements of recent times.

The turn of the 21st century was a moment of extraordinary experimentation and innovation in Australian Aboriginal contemporary art. Across the country, artists transformed their traditional iconographies into more abstract styles of mark making. The nine artists featured in No Boundaries were at the forefront of this movement. Each artist was a respected senior Lawman, knowledgeable in every aspect of Aboriginal ceremonial traditions. As skilled artists, they turned this knowledge into dynamic contemporary art, which can stand up next to works by artists such as Gerhard Richter, Julie Mehretu, Sean Scully, and Mark Grotjahn.

Created at the frontier where Indigenous and Western cultures meet, the paintings speak across cultures. The exhibition offers the very first opportunity for US audiences to view these nine artists’ works in depth, featuring a stunning selection from each period in their careers.

The works are drawn from the collection of Debra and Dennis Scholl, Miami-based collectors and philanthropists. After four decades of collecting cutting-edge contemporary art, the American Debra and Dennis Scholl changed their focus to Aboriginal contemporary art after encountering the extraordinary wealth of talent emerging from Northern Australia during several trips to that country. “The artists all have a common thread,” said Dennis Scholl, “each had reached senior status in their communities and had become abstract painters who transcended the expectations of both the community and the art world.”

“We chose works by those who, to paraphrase the artist Paddy Bedford, after having painted all of their mother’s countries and all of their father’s countries, finally chose to simply paint,” continued Scholl. “These painters have gone far beyond the boundaries of their community, their ‘country,’ and the very idea of their work as merely ethnographic. They are simply painters—some of the finest abstract painters this planet has ever seen.