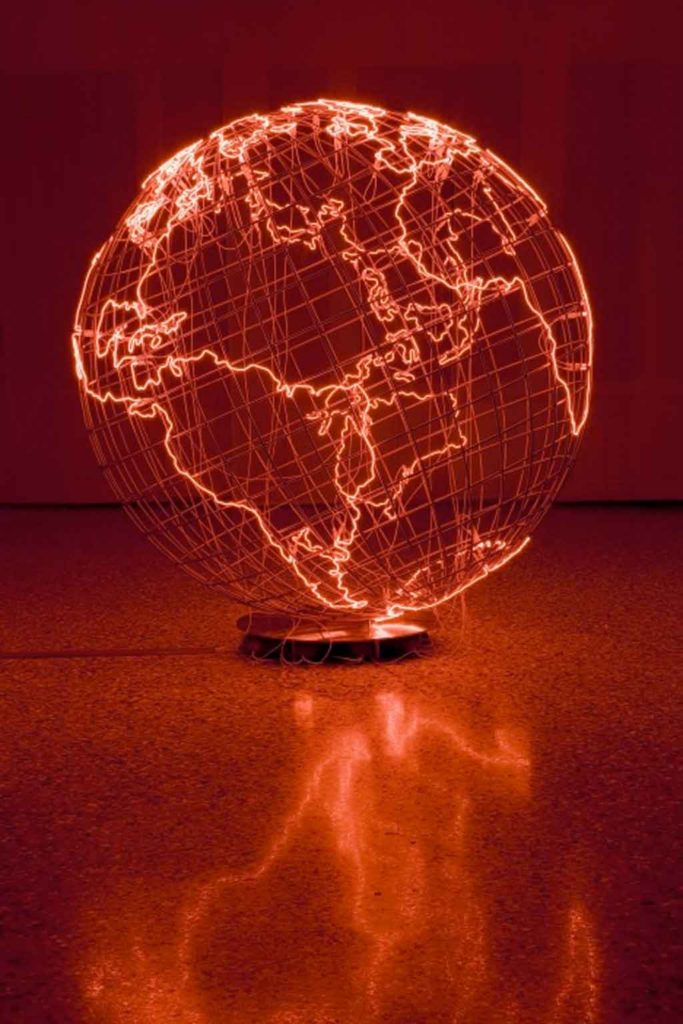 A little late in coming to London, a major Mona Hatoum retrospective opens at Tate Modern 4 May 2016, in a well-deserved British showing of the artist’s work through the years in the home of her choice, writes Sajid Rizvi.

The survey show is the largest featuring Mona Hatoum’s work, though other shows abroad have also brought together her oeuvre from collections near and far.

Palestinian Mona Hatoum was born in Beirut and moved to London at a young age, a statistic of what in the 1970s was the ‘civil war’ phase of seemingly endless strife in Lebanon.

Her early attempts to win artistic recognition in Britain were met with the then usual and not unexpected obstacles put in her path by sections of the art establishment. For hundreds with evident talent many doors remained closed for years.

Persistent and uncompromising in her choice and method of expressing, Hatoum has seen her work rewarded by numerous accolades across the globe. The exhibition coming to Tate draws on a major retrospective in 2015 at Centre Pompidou, Musée National d’Art Moderne, Paris, the organiser of this outing.

Over the past four decades — the exhibition covers 35 years of her work — Mona Hatoum has put art reviewers and viewers to test with her imaginative use of the everyday into the extraordinary.

Her being ‘Arab’ came in the way of early appraisals of her artistic output, to the extent that some of the early lukewarm reception accorded her work became tiresome and pedictable to those who witnessed that sad phase in Britain’s contemporary art scene.

Much of Mona Hatoum’s work, her playful use of tensions within objects, locations and situations was often interpreted as being reflective of an inherent bitterness of her artistic soul. For example, her Hot Spot series, of which Hot Spot III (featured) is a part, finds greater context now amid the murder and mayhem in the Middle East than the first artwork titled Hot Spot. But the earlier work wasn’t weak, it just wasn’t understood.

The tragedy of the current conflicts in Syria, Iraq, Libya and indeed Lebanon, the uncertainty of the present and the future ironically steer the viewer toward a clearer understanding of Mona Hatoum’s intent.

“Each person is free to understand what I do in the light of whom they are and where they stand,” she said during the Pompidou show. To that surely must be added “…and at what specific moment in time.” 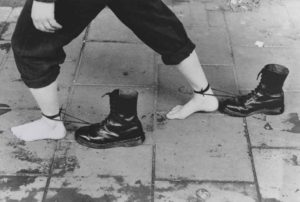 Hatoum was passed for the Turner Prize in 1995 but received the less famous Joan Miró Prize in 2011. She is due to be awarded the Hiroshima Art Prize in 2017. ©Sajid Rizvi.

Mona Hatoum. May 4–August 21, 2016. Tate Modern, Bankside, London SE1 9TG. There will be a talk by Mona Hatoum on 10 May, a panel discussion 1 June, Mona Hatoum: Piercing the Object—Inventing the Self with speakers Layal Ftouni and Adania Shibli and Curator’s tour 27 June, led by Clarrie Wallis, Curator of Modern and Contemporary British Art, Tate Modern. Check www.tate.org.uk for details and updates.