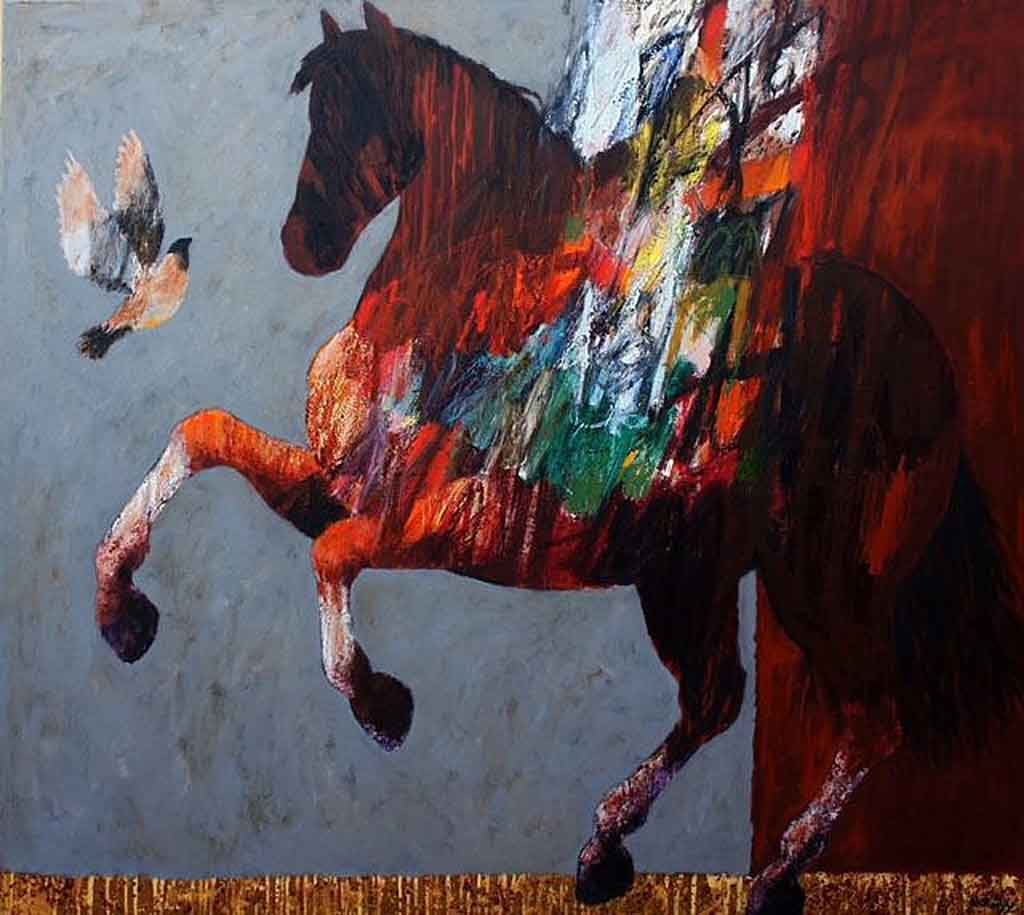 The minuscule state of Bahrain, morphed from an emirate into a kingdom 14 years ago,  is striking out to win international recognition for its own home-grown contemporary art scene on the heels of last year’s commercial fair initiative, ArtBahrain.

In what evidently is the next instalment of that effort, 17 artists will show their work in a London exhibition, Bahrain Art Across Borders, which abbreviates neatly as BAAB or baab, Arabic for door.

The turmoil that has tailed Bahrain since the 1970s Iran revolution next door and the more recent multi-layered manifestations in search of reform have left little unscathed in Bahrain. But culture’s healing hand is never to be underestimated. True, there’s left much, much more to be done, but art’s great capacity for expression is cathartic in parts and the experience of Bahrain is no exception.

ArtBahrain and BAAB demonstrate that a door indeed has opened, with endless possibilities for art to do what it does best in locating culture, fixing identity and letting creativity loose on an uncharted territory with unforeseeable but usually unforgettable rewards.

Bahrain has a long tradition of art, not just through Dilmun antiquity of the third millennium BCE, but also in the formative years before and after its brush with British, Portuguese and Persian Safavid colonialism, in a reverse chronological order.

The discovery of oil made Bahrain the precursor of what followed tens of years afterwards in its southern reaches of Qatar, the United Arab Emirates and Oman. Early contemporary painting and craft was influenced by India under Britain, various neighbours and finally the West.

Bahrain Art Across Borders doesn’t touch upon that period; neither does it include other Arab, Asian or European artists who’ve made Bahrain their home. But that’s just as well, because the exhibition centres instead on Bahrainis’ own encounter with their milieu and their experiences at home and abroad both as observers and as participants in the nation’s march through history.

The artists were chosen through an open call issued across the kingdom as early as this month—remarkable because these things usually take ages to organise. The net cast by the government-sponsored promotion hauled in artists of diverse Bahraini background, experience and training, from veterans of the art scene around the tiny capital of Manama to emerging career artists who hanker after almost the same things that the Young British Artists did in their heyday. It’s another matter that our YBAs, ageing faster than their pop star contemporaries, often seem reluctant to yield available space to newer aspirants hot off the art colleges. Do such hierarchies lurk beneath the surface in Bahrain and do they impact on how younger artists are received or perceived? Food for thought there, perhaps.

Bahraini or British, younger artists anywhere have to fight their corner imbibing their own witches’ brew of artistic agility, social and technical skills, guile and media friendly savoir faire. Not for nothing have some (but not all) of YBAs of yesteryears in Britain have become glitzy stars, an elevation others on their paths evidently covet in art scenes elsewhere. For example, a similar stardom beckons young Arab artists in a Gulf environment teeming with collectors of maturing taste and leaner wallets. That holds challenges and promise, perhaps in equal measure, for Bahraini artists too.

BAAB is a project of Art Select investing and consultancy seen earlier behind ArtBahrain. The project received support from Tamkeen, a semi-government organisation which has sights set on contributing to an early ascent of Bahrain’s private sector, a key driver of economic growth at a time of low oil prices and depleting sovereign funds in the region, most certainly blighted by regional conflict and geopolitical uncertainties.

According to Hala Sulaiman, Tamkeen’s director of marketing and communications, “Tamkeen works to support Bahrainis and entrerprises in Bahrain in the various sectors across all stages of their development and help them contribute positively to the growth and development of Bahrain’s economy.”

Bahrain Art Across Borders, she hopes, will create the opportunity for skilled and dedicated Bahraini artists “to reach untapped markets that appreciate Bahraini craftsmanship and talent,” a broad hint that tradition more than trends from across borders—well, maybe that too—matter to Bahraini art policymakers.

The artists in the exhibition, despite their homogeneity, reflect a promising diversity in their paths to the present. Ebrahim Busaad is a founding member of the Bahrain Art Society and has work on the inventories of the British Museum. Balqees Fakhro, who trained in the United States in the 1970s, frequently shows work worldwide. Taiba Faraj ditched a career in finance to become a full-time artist, an understandable response where contemporary art that adorns Bahraini banks and galleries usually is well accomplished and generously appreciated by individual and institutional collectors.

Emerging artists Noof Ahmed Alrefaei, Shaikha Lulwa Al-Khalifa, Shaikha Marwa Al Khalifa and Amina Al Abbasi are said to be on a watch list of promoters, even as they were picked alongside a dozen more established artists who contributed new works to the show.

Kanika Subberwal, founder of Art Select, cited “a high calibre of artists” that were chosen for the London exhibition. Why London? Because the British city, still regarded as the Middle East’s virtual capital despite the scarring by internecine wars farther afield or closer to home (depending on one’s standpoint), is part of a complex, sometimes subtle and sometimes sublime validating process. London is where public museums and precariously specialising commercial galleries (here today and gone tomorrow) play their informally assigned roles to buttress the CVs of both artists and their advocacy groups. Before Dubai and Doha started nibbling London was also where an artist could hope to zoom with multiplying zeroes across from a gallery to an auction house. That still happens, but less so than yesterday. 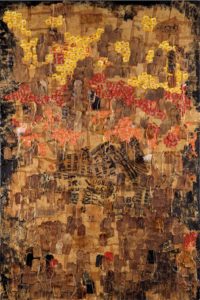 “This is only a first batch of the great talent that exists in the Kingdom of Bahrain,” says Subberwal. Many more Bahraini artists can look to similar opportunities in the future.
The artists were selected after a panel of judges asked for work in any media or style, inspired by Bahrain’s cultural identity, its land or seascape, its environment or its people.

Artists were chosen through digital submissions by an Art Select team including London gallerist and curator Janet Rady and the artist and lecturer Aissa Deebi. “The main criteria were strength and originality of composition and a sense of Bahraini identity being apparent in the work,” said Rady, who specialises in contemporary Middle Eastern and Islamic art. “We considered all media and artists at all points in their careers.

“We were careful not to judge the work according to Western tastes, whether it be Orientalist or looking for a particular style popular in the West,” Rady added.  “Some artists were selected for their clear potential as opposed to already being fully fledged. I think the selection shows the diversity of artistic practices in Bahrain and the solidity of their artistic traditions.”

One obvious purpose behind bringing BAAB to London is to engage Bahraini art practitioners with London’s dynamic, ever fluid cross-cultural conversations and to make people aware that Bahraini art has lived through numerous challenges and it’s thriving. A panel discussion scheduled to accompany the exhibition is expected to crystallize this somewhat. ©Sajid Rizvi.