The Beauty of Old Korean Paintings: A History and An Appreciation

Home » The Beauty of Old Korean Paintings: A History and An Appreciation

The Beauty of Old Korean Paintings: A History and an Appreciation, by Lee Dongju 이동주 «李東洲» is an extraordinary gem of Korean art history, especially of painterly tradition in Korea and East Asia at large, writes Sajid Rizvi, commissioning editor of the volume and Editor of Saffron Books Korea Library Series.

The Beauty of Old Korean Paintings: A History and an Appreciation (translated by Robert Carrubba and Kim Kyongsook, ISBN 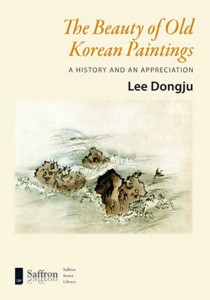 , 2005; revised 2007) began as an illustrated lecture by Lee Dongju (1917-1997), the eminent author and art historian and Professor Emeritus at the Seoul National University. Although the book follows the format of a long slide lecture it has been thoroughly edited and adapted to make the texts and images accessible to an international audience. Initial editing by Robert Carruba and Kim Kyongsook was augmented with further editorial research and work, with addition of new elements, by Sajid Rizvi.

The Beauty of Old Korean Paintings originally was written in Korean under the subtitle A History and An Appreciation of Traditional Korean Paintings. As stated above the book began as an illustrated lecture by Lee Dongju 이동주 «李東洲», a self-trained art historian. The book evokes this passionate connoisseur’s acute, entertaining and at times uncomfortably frank observations on the subject of Korean art and artists.

The Beauty of Old Korean Paintings offers a wealth of information readily cross-referenced to Korean, Chinese and Japanese sources while preserving Professor Lee’s authentic voice and the value of his original work as an authoritative text on Korean painting. As the book is about to go out of print, with only a limited number of copies available, a new edition is being prepared by Sajid Rizvi, with further additions to the subject matter of the book.

True to Professor Lee’s intent, the book evokes interest in the whole gamut of Korean art as well as Korean artists, aesthetics and history.

About Lee Dongju
Lee Dongju 이동주 (李東洲), given name Lee Yonghui 이용희(李用熙˜), was born in Seoul, Korea, in 1917 and passed away in 1997. His father, Lee Gapseong, was one of thirty-three signatories to the declaration of independence issued during the March the 1st Movement of 1919.

Lee Yonghui attended Yonhi College, now Yonsei University, majoring in political science. Initially more famous as a scholar of international political science than an aesthete he held positions as Professor of Political Science at Seoul National University, President of Aju University, Reunification Minister, and First Secretary to the President. Although Lee Dongju never received an advanced degree in the subject, from his undergraduate days had a love for Korean art and naturally became immersed in its study.

For more than 60 years, he engaged himself in a comparative study of Korean, Chinese, and Japanese paintings while directly examining, researching, differentiating and systematising the specific character of traditional Korean works. Through his direct contact with these numerous paintings, Lee Dongju established his own aesthetic theory regarding Korean art, one that brought to light the error of narrow academic approaches and guided readers toward a more direct and proper appreciation. In this frame his aesthetic focused on appreciating individual paintings rather than judging works by the artist’s name or history. He asserted that a painting should be enjoyed for its intrinsic beauty.

Robert Carrubba studied English Literature for his BA and has pursued his interest in Korea, Korean art, literature and poetry while residing in South Korea. He was studying for an MA in Korean Linguistics when he submitted his final draft of the translation in 2005. Kim Kyongsook graduated with a BA in English Literature from Sogang University in Seoul, and later studied for an MA in Translation Studies at the University of Warwick, England. Returning to Sogang, she completed an MA in Philosophy. At the time of the publication in 2005 Kim Kyongsook was pursuing a doctoral degree in philosophy at The Catholic University of America, Washington DC.

2 | Paintings of the Goryeo Period 41

4 | Paintings from the mid-Joseon Period  91

TheBeautyListofPaintings [Download and view pdf of pages] | Buy this book