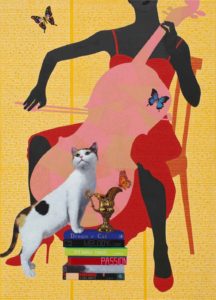 Yinjie Sun aka Sunny, artist, art instructor and gallerist, has been on a trajectory that is best noted for encapsulation of time, packing decades into years, months into days, or so it seems.

Arriving in London in the later part of the last decade as a foundation student at Camberwell College of Arts, on the lower rungs of the University of the Arts London system, Yinjie Sun promptly set to work on raising his painterly profile with a quick succession of exhibitions, some of them concluding with past-break-even success. Those modest but noteworthy breakthroughs earned him sustenance and critical recognition and eased his dependence on his business family’s largesse and other material support. 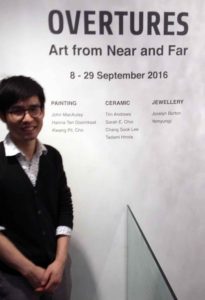 By the time he got through his BA at Central Saint Martins college of art and design and before completing his Master’s from the Chelsea College of Art, Yinjie Sun was on course to become an art instructor in his own right, drawing pupils from London’s cultural mix and diverse age groups, offering opportunities to those who either aspired to fulfil artistic ambition or to build on experience gained earlier.

A Sunny Art Centre soon emerged as a tuition destination near Whitechapel Art Gallery, helped in no small measure by supplementary teaching by experienced Malaysian painter and printmaker Yuet Yean Teo, who was with him at Camberwell as part of her own strategy to build on earlier training at Nanyang Academy of Fine Arts, Singapore. Other artist-instructors soon joined the group.

That first outing for Sunny Art Centre, precursor of the present namesake on Gray’s Inn Road, enabled Sun Yinjie to build on his practice and again, as part of an economic strategy, to develop a lucrative sideline of art and design, garnering a portfolio of  fashion and perfumery labels as well as financial institutions with art on their marketing agenda.

The new venue for Sunny Art Centre draws on those experiences gained and clientele secured. It is not a gallery space in a conventional sense. Neither is it a shop, nor indeed a dedicated tuition centre. But as the venue’s interior was being rebuilt, Sunny says, he took the project in hand as a personal architectural endeavour. The result can best be described as a multi-purpose art space with a distinct fluidity that allows Sunny Art Centre to function as a commercial gallery, offering flat art and sculpture alongside vitrines with artists’ creations as jewellery, decorative ceramics and contemporary interpretations of objects of virtue. The result is both entralling and immersive. 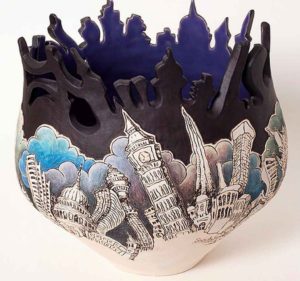 In the opening show, Overtures: Art from Near and Far, curated by ceramicist and cultural entrepreneur May Kim, a selection of paintings jostle for attention alongside ceramic and jewellery pieces by eight artists already known for their work through previous exhibitions. The eclectic mix draws on what goes in Britain for ‘mainstream’ British art, as well as art seen more frequently in specialised shows identified by diverse but distinct cultural communities.