Champ of the Camp comes to London

Home » Critical Choice » Champ of the Camp comes to London

Posted on May 6, 2015 in Critical Choice, LISTINGS, People 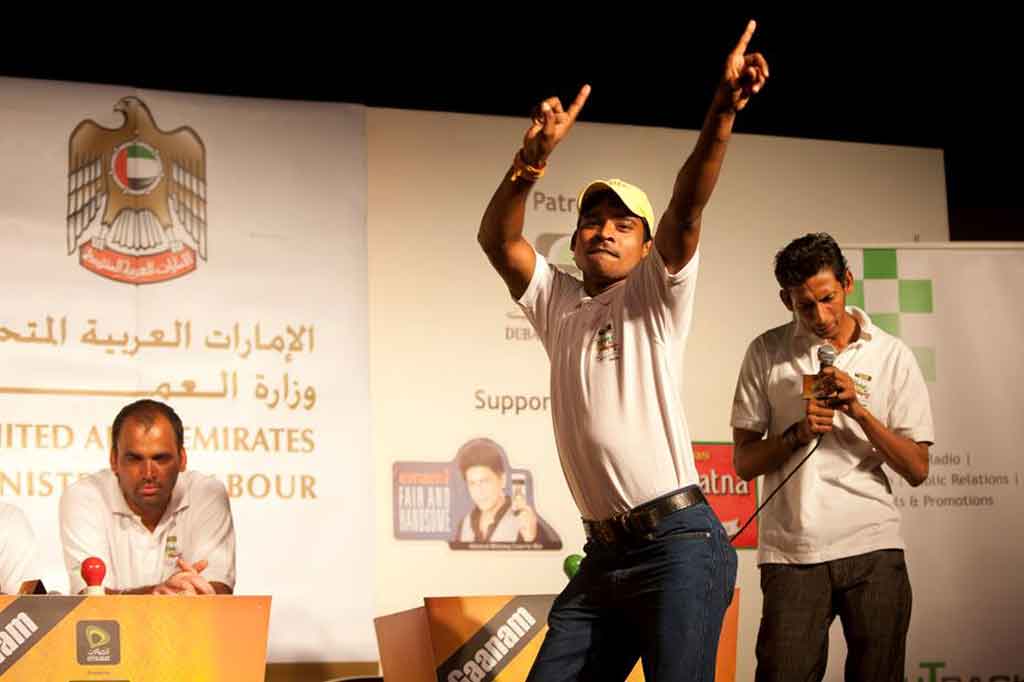 A still from Champ of the Camp. Image courtesy of the Crossway Foundation and Veritas Films

Champ of the Camp, which takes the familiar and failsafe route of art to pinpoint effectively what mainstream media often fail to do, is due for screening by Crossway Foundation Thursday 7 May at Edge of Arabia aka EOA.Projects in London.

The pioneering full-length documentary, which premiered at Dubai film festival in 2013, is an exquisitely bitter-sweet portrayal of the multitudes of people, mainly from South Asia, who have toiled to build and modernise the Arab states of the Gulf, including its glittering show window, Dubai.

The issue of wholesale mistreatment of the Asian workers was never unknown, but was seldom reported. It was highlighted by Eastern Art Report in its monograph Art and Artists in Dubai [1996]. As media exposure of the area grew, the disparities and injustices of the South Asian labour camps and the apartheid rampant in the cynically engineered societies became inescapable. The sensitive nature of the ‘the issue’ is handled deftly with entertaining finesse by director Mahmoud Kaabour and his talented team.

Champ of the Camp follows a massive Bollywood singing and trivia competition that searches across more than 70 camps throughout the United Arab Emirates to find and crown the champ of all camps.

Narrated and sung entirely in the voices of the migrant workers with a modicum of rights in the host country, the film alternates between the X Factor-style suspense of the competition and the gritty reality of the labour camp environment, weaving in intimate scenes of the men’s daily routines and emotional reflections on their life as labourers in Dubai.

The film also offers a glimpse of a tragicomic anachronism, not unique to the Gulf countries, whereby a foreigner resident or working in the country is defined as a migrant worker or as an expatriate. One and the same thing? Not quite.