Posted on Sep 8, 2014 in ARTISTS, Contemporary and modern art from Japan and Japanese communities, LISTINGS 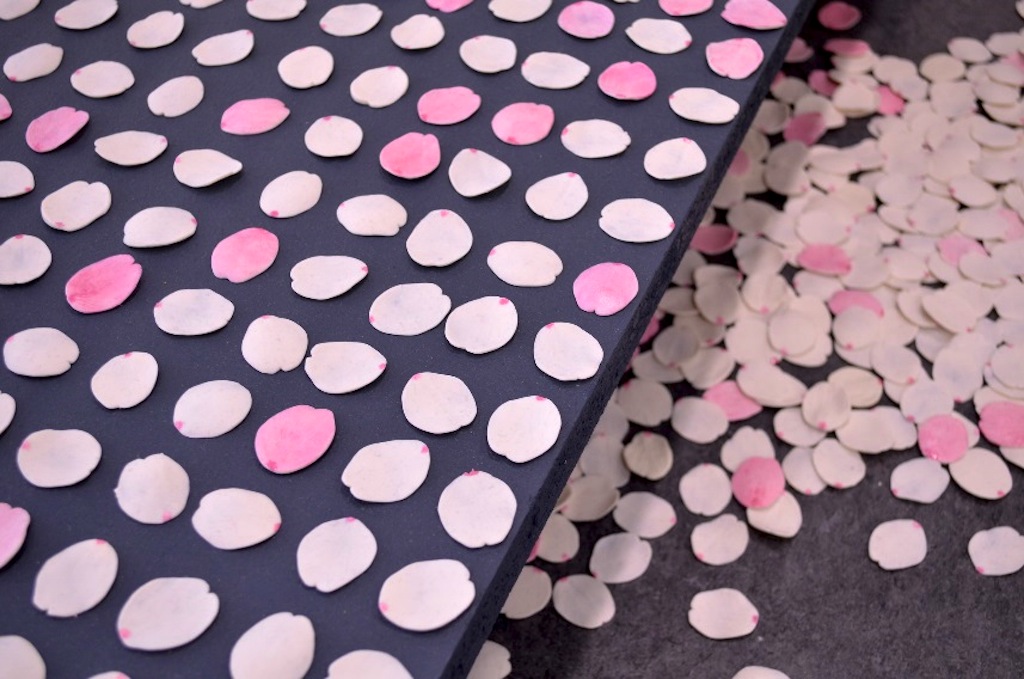 Kensuke Nakata has created thousands of ceramic cherry blossom petals in order to remember and raise awareness of people who suffered as a result of the tsunami disaster 2011 by celebrating their remarkable sense of stoicism.

Impressed by their attitudes in dealing to overcome severe hardship and disruption to their lives, Nakata pays tribute to ‘Japanese Stoicism’. Through the repeated action of creating each porcelain petal by hand, he aims to not only draw upon a long tradition of ceramics in Japan but also visualise Japanese resilience that is ingrained in their nature.

He identifies a link between the tsunami victims and the characteristic of cherry blossom petals, noticing that the blossom on the tree is much admired but once it is fallen, it is quickly ignored. Blooming cherry blossoms in the devastated area were symbolic for the victims, as they have become forgotten like fallen petals.  Nakata combined ceramics and an interactive element for his degree show, when he spent extended periods of time in reflective contemplation making the petals. A number of petals were sold to raise money for Aid for Japan, which was set up to provide support for tsunami orphans.

Kensuke Nakata was born in Yokohama, Japan, and received his degree in Ceramic Design from Central Saint Martins, University of the Arts London in 2014. He has exhibited mainly in London, including New Designers 2014, Business Design Centre, London and the Pangolin Gallery, London. His first exhibition at the Daiwa Foundation showcases one of the ceramic works for his degree exhibition, which is linked with the Restless Future exhibition at the London Design Festival 2014.
* The London Design Festival’s Restless Future exhibition is held at the CSM Lethaby Gallery from 13-20 September 2014. Location: Central Saint Martins, Granary Building, 1 Granary Square, Kings Cross, London N1C 4AA