Posted on Jan 16, 2018 in ARTISTS, Contemporary and modern art from the Iranian world, NEWS 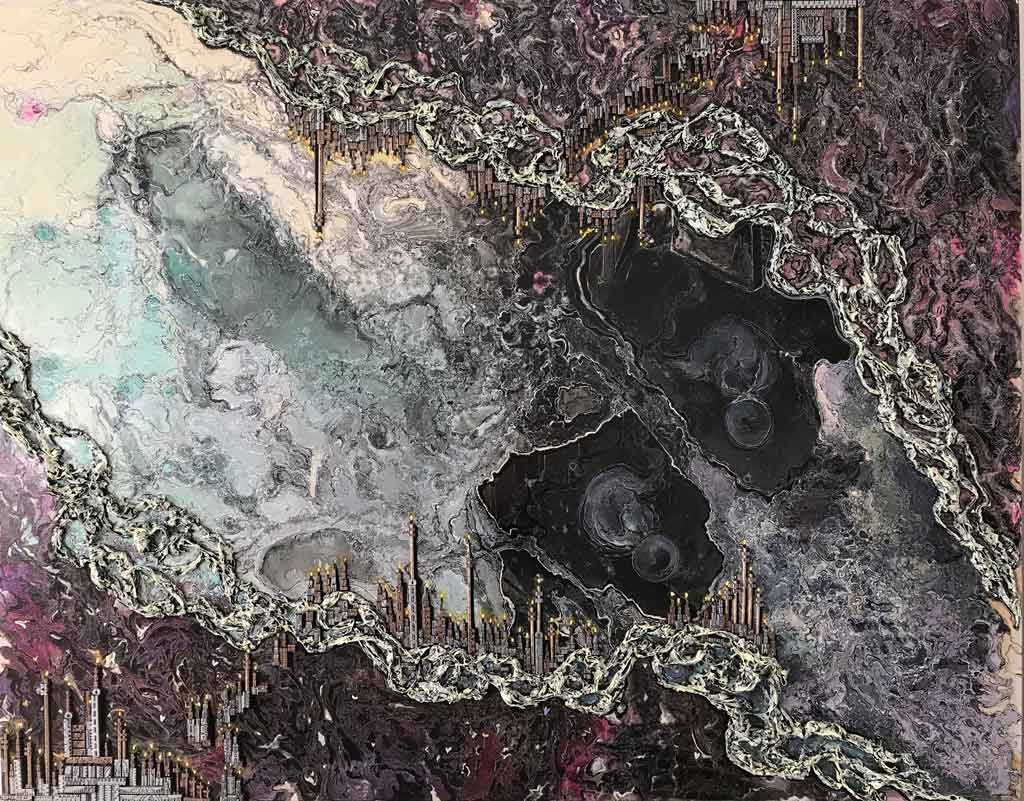 Iran has set sights on reaching out to the international community through a major cultural initiative that draws on the remarkable rise of its modern and contemporary art globally, both in its aesthetic appreciation and the marketplace.

Although ostensibly an independent private sector initiative, the Contemporary and Modern Art (CAMA) project’s ambitious cultural outreach has the hallmarks of a finely nuanced diplomatic effort, drawing on recent gains made in the face of hostile endeavours by political rivals in the region and longtime foes elsewhere.

Iran’s diplomatic fortunes underwent a transformation with the signing in 2015 of a multilateral ‘deal’ that accepts the country’s right to pursue its nuclear programme for non-military purposes but also commits it to reduced activities in the area.

Nuclear proliferation is a looming reality in the Middle East. It is a reality, ironically, with far more advanced and militaritic programmes than those of Iran being pursued with impunity and international connivance elsewhere in the region. So Iran remains under special spotlight, which implies the balance can be tipped against Iran at short notice at the whim of influential foes.

Despite that grim uncertainty, Iran’s cultural push is charging ahead.

Opening in April, a new London gallery will bring together some of the strongest examples of contemporary and modern Iranian art as an ambitious pilot for a much wider cultural initiative that aims to encompass emerging art outside the Iranian sphere.

That includes Arab art, despite frequent news media forays into fevered narratives of an Iranian bid for regional or world domination. 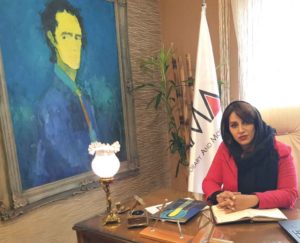 The role art plays in building bridges and forging links that reinforce the impetus for peaceful coexistence cannot be overemphasised, Mona Khosheghbal says.

The new gallery in London will open 5 April with an inaugural exhibition of artists from Iran. The gallery’s choice of the opening title, Sensation, recalls previous exhibitions of same or similar name/s, notably the London Royal Academy’s commercially pitched show that later  toured to the Hamburger Bahnhof, Berlin, and the Brooklyn Museum, New York City, but ran into difficulties in Australia. From an optimistic viewpoint, the exhibition title Sensation does address the organisers’ expectations from the wider audience they hope to draw into the gallery. That audience over the years may have spent more time consuming negative portrayals of Iran, with perhaps an occasional exposure to Iran’s outstanding cinema output as a welcome offset or corrective.

As with Chinese art booms in Hong and Taiwan of the 1980s-1990s which nourished art collecting and markets in mainland China, Iran’s contemporary art market has been doing well with improved economic growth and political stability. The nuclear deal put spurs on those positive developments. CAMA reports the Iranian art market centred in Tehran is outperforming art markets in “any other” Middle Eastern country.  It adds that works by Iranian artists at Sotheby’s auctions during 2017 grossed over 60% of the US $2.7 million generated. Sotheby’s has been asked to comment on this statement.

In spring 2017 sales cited by CAMA, the combined results of Bonhams, Christie’s, Sotheby’s and Tehran Auction generated US $11,912,150 in sales of Iranian artists; the next national category of art for sale  was Egyptian with US $2,585,657. All these auction houses have been asked for comment on these reports.

CAMA citing those big bucks is an indication the organisation’s aim is at least two-fold: increase its cultural footprint and magnify the participating artists’ collective and individual profile in the marketplace.

Kosheghbal, whom CAMA describes as a virtual dynamo with multiple roles as artist, author, curator, editor and manager, has organised numerous exhibitions, more than 100 major ones and is founder of Naghayesh Artistic Group.

During our online interview it emerged that a lot in CAMA’s future direction rests on her multifarious abilities, her passion and her synaptic networks in the challenging and hopefully rewarding worlds of art, art business and cultural diplomacy. ©Sajid Rizvi.