Posted on May 5, 2017 in Awards and Prizes, NEWS, PHOTOGRAPHY

PhotoX, an art photography prize supported by EAPGROUP, invites aspiring contestants to submit entries as it extends the time available for submissions.

“Due to many late submissions, we have now decided to extend the entry deadline until 8 May 2017. Huge thanks to all the worldwide entries already received,” PhotoX said.

PhotoX prizes include a combined GBP 2,000 cash prize, shared among four winners, and an artist residency prize sponsored by the Green Rooms art space. Winners will be announced 22 June 2017.

A Finalists Exhibition 22 Jun – 1 Jul 2017 will take place at the Green Rooms Hotel and a selection of five participating photographers will be highlighted at the  New Artist Fair 8-10 September 2017 at The Old Truman Brewery, London. 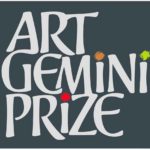 Meanwhile, the Art Gemini Prize, also supported by EAPGROUP, is entering a new cycle, its fifth so far, and invites artists to take part. Its prize money of GBP 5,000 includes a Photography prize in addition to prizes for painting and works in other media. Deadline for entries: 3 July 2017. Submissions via www.artgeminiprize.com