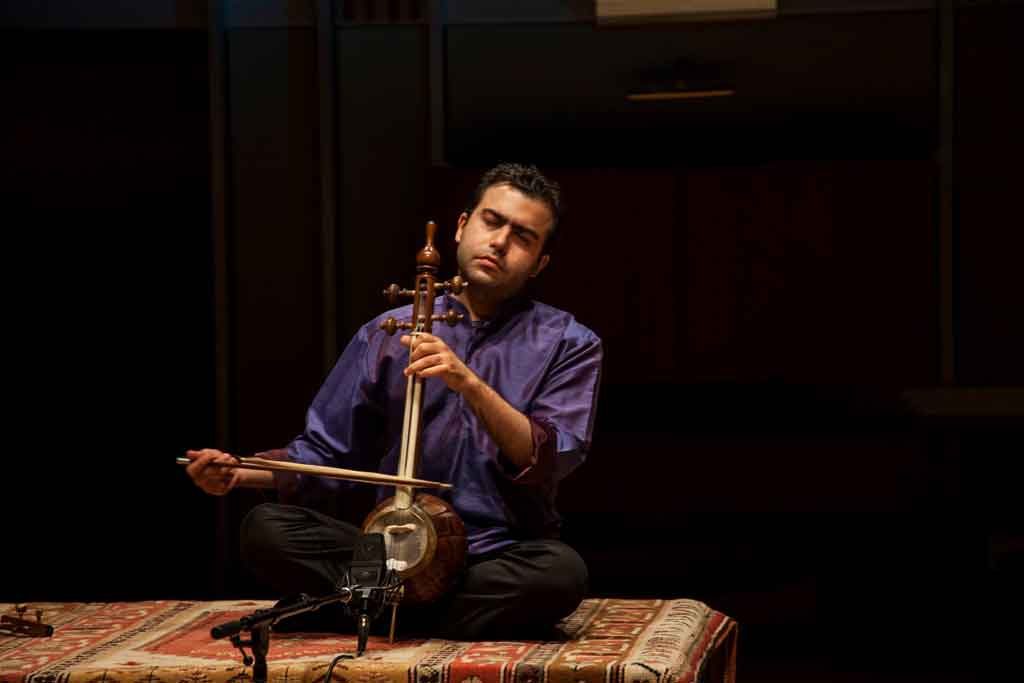 Adib Rostami in a recent performance

It’s a paradox of frequent or recurrent troubles in the Middle East that an international diaspora continues to spawn or uncover new artistic talent in music, theatre and the visual arts in the West or the wider world at large. Adib Rostami is one such discovery for London.

Both a music industry management student and a music practitioner, Rostami has earned fame and is well on way to creating his own space in the capital’s diverse creative milieu, working with setar, tombak and other traditional and contemporary instruments. Whilst studying, he has forged or fostered musical partnerships to produce albums of Iranian and Kurdish music and explore the processes that go into improvisation in musical creation.

On 29 June he offers a foretaste—for those who have yet to experience his work in a proper, full-length concert—of his repertoire in the tranquil surroundings of the carved-marble fountain entrance of the Ismaili Centre.

Rostami has performed earlier at the BBC Proms and during the UK Iran Season of Culture at the Royal Albert Hall, Asia House and Kings Place. Amir Ali Sam will accompany Rostami on tombak during the 45-minute concert, part of the centre’s Music@One series of frequent concerts.