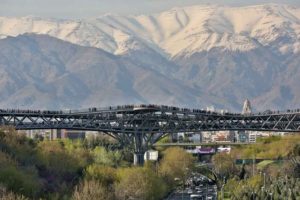 The winners of the Aga Khan Award for Architecture were announced 3 October 2016 in a ceremony in Abu Dhabi, United Arab Emirates. The venue for the winners’ ceremony, the Al Jahili fort in Al-Ain, was also announced by

Awaidha Murshed Al Marar, Chairman of Department of Municipal Affairs and Transport and a member of the Executive Council of Abu Dhabi.

The Aga Khan Award for Architecture was established by the Aga Khan in 1977 to identify and encourage building concepts that successfully addressed the needs and aspirations of communities in which Muslims have a significant presence. Prizes have been given to projects across the world, from France to China. Architects and planners from New York to Dhaka have received one of 116 awards. During the nomination process, more than 9,000 building projects were documented.

Over the course of the last 39 years, most of the great architects of our time have either won the Award or served on its Master Jury or Steering Committee, from Zaha Hadid to Norman Foster, Charles Correa to Frank Gehry, Jean Nouvel to Hassan Fathy.

The Aga Khan Award for Architecture selects projects – from slum upgrading to high rise “green” buildings – that not only exhibit architectural excellence but also improve the overall quality of life. Because these achievements typically involved successful collaboration between many people, the Award recognises mayors, builders, clients, master craftsmen, engineers and end-users – as well as architects.

The Master Jury was completely independent in the selection it made from the 348 nominated projects in 69 countries. Projects commissioned by the Aga Khan or any of the institutions of the Aga Khan Development Network were ineligible.
The Award is governed by a Steering Committee chaired by the Aga Khan.