Posted on Jul 15, 2016 in Contemporary and modern art from Africa and African communities, Critical Choice, NEWS 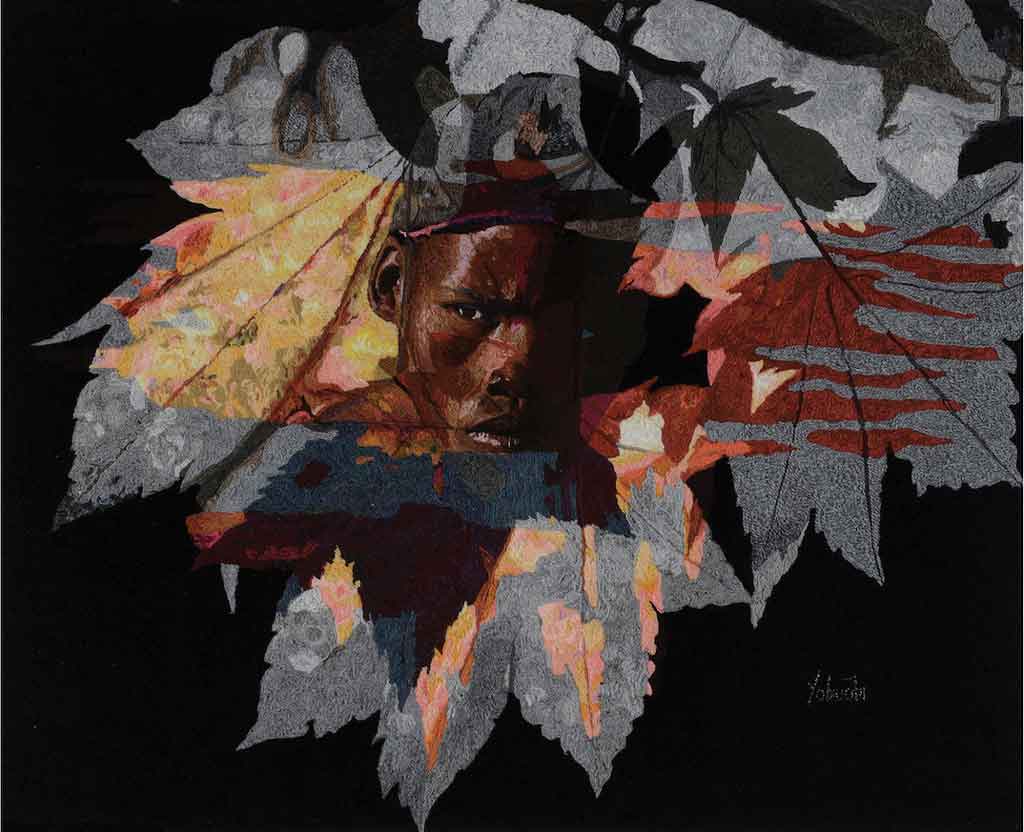 Yaw Obuobi tells stories as he spins a yarn or two, but mostly more than two, more likely hundreds, or thousands. A selection of fruit  of his painstaking work on ‘paintings’ made entirely of yarn, at the Gallery of African Art 14 July-13 August 2016, reminds us that Africa’s love of textiles is borne over a very long thread indeed. Archaeological forays into prehistory—what we do not know well enough—has yielded some evidence which, having outsmarted the elements, survives today, more by fluke than by a particular impetus for preserving the long forgotten or neglected past.

Those fragments of tales from yesteryears, now the stuff of museums and private collections, tell us of the great time that was had in Africa’s past through the adornment of people and places by woven fibres of an astounding variety. Emmanuel ‘Yaw’ Obuobi invokes that period of achievement not only through contemporary reinterpretations but also through innovative application of materials.

Included in the exhibition are portraits, patches of nostalgia or yearning and allusions to remnants of the past that live amidst our present.

It never fails to surprise some amongst us that both civilisations and tentative communities in the hottest climes of West and sub-Saharan Africa wove in wool as well as cotton, and other materials besides. Findings at Kissi, northern Burkina Fasso, as well as Mali and Nigeria attest to diversity, innovation and sophistication alongside simplicity and minimalism in the textile arts that thrived through decorative and utilitarian impulses.

The tragedy of the slave trade led to creative offshoots, radiating across the seas to the Caribbean and the Americas, effects that could be seen as redemptive were the causes not so awful. Europe too partook of the influences, copied, borrowed and built upon what came through that egregious commerce.

All that is more than a handful to try and reinterpret but Yaw Obuobi, through the diverse subject matter of his oeuvre, has set his sights on widening his repertoire as much his skills and stamina would allow.

Obuobi was born in Ghana and graduated in architecture from the University of Science and Technology, Kumasi, before migrating to Canada. He now lives and works in Birmingham, England. 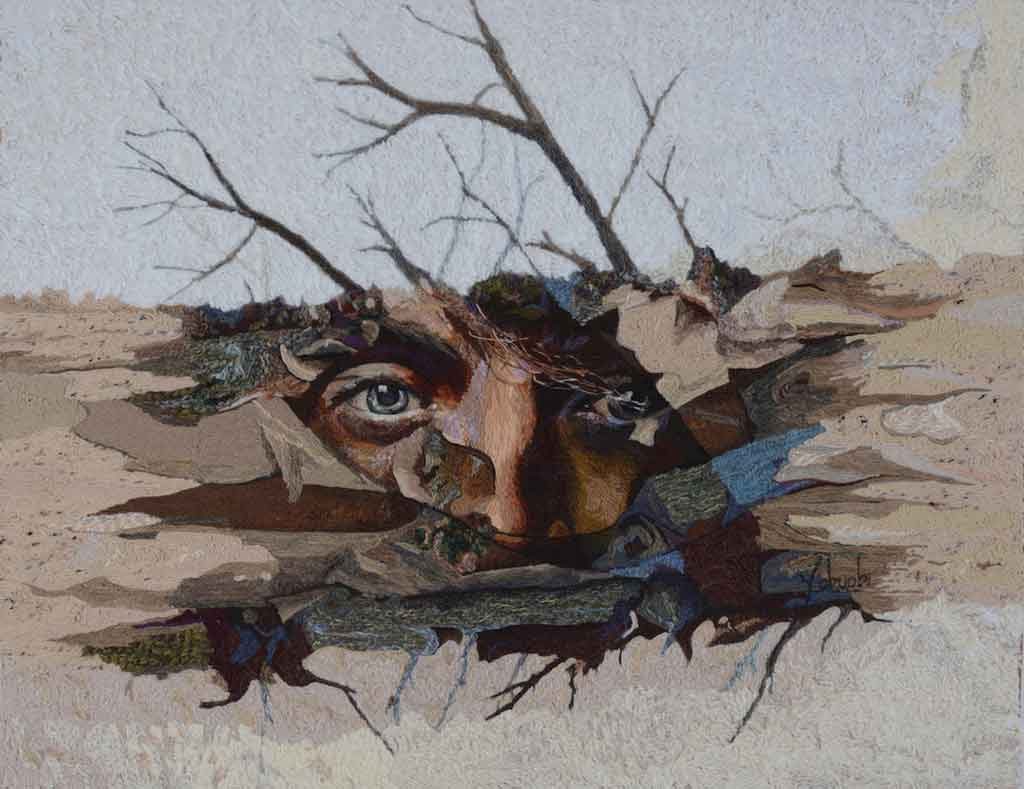 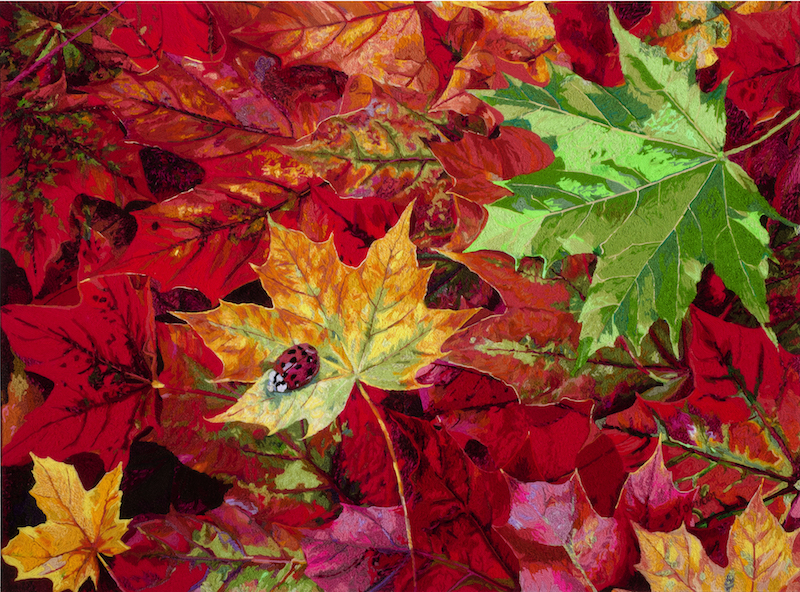 Producing paintings entirely of yarn is no ordinary endeavour and one needs to have time on one’s side indefinitely, probably unpredictably too. No wonder the phenomenon and practice thrives in focused or secluded communities of monks and shamans across cultures in Africa, Asia and the Americas.  Yaw Obuobi’s immediate inspiration of course is the Kente cloth of the Ashanti from native Ghana,  to which he adds fine strands of wool to produce hyper realistic results as well as contemplative abstractions.

“I connected the threads of Kente to transform the use of yarn as a form of expression, passing on a heritage of a proud people
to a form of painting in place of watercolour, acrylics and oils in a flirtation that links cultures and worlds,” says Obuobi.

By using coloured yarns, playing with texture, weaving, interlocking and layering to generate painterly vistas, Yaw achieves depth, fluidity, texture and emotion. But, like all art, one has to go and see it up close to encounter and enjoy and hopefully be influenced by its full potential. ©Sajid Rizvi @sajidrizvi